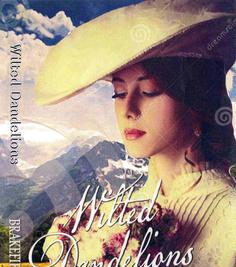 Catherine Brakefield: Writing with a Passion for America's Christian History

romances, The Wind of

lions. She has free-lanced for

has had many short stories

published. A few are:  Cross-

and God’s Promises scheduled for fall 2015 publication. Revell’s The Dog Next Door, and The Horse of my Heart scheduled for early October, 2015.

Catherine lives in Michigan with her husband, Edward, of forty years and her Arabian horses. Her children are grown and married. She and Edward are blessed with three grandchildren.

Cathy, it’s great to have you at my blog today! I am so glad to have gotten to know you through the Great Lakes Chapter of ACFW. I truly appreciate your perseverance. Could you share with us some of the surprises you’ve encountered along the road to publishing?

First of all, I would like to thank you for inviting me. I feel so very blessed and honored to be here and I pray there is something for everyone in my answers. Not everything I say or write in this blog will be of value to you, but dig out the editable and just throw away the bones and keep the meat, so to speak.
Now back to your question. I think the most surprising part of publishing road is how long it takes to get to the end!  I never knew that so much went into the publishing process.  It took a year from signing the contract and then the process of book covers, endorsements, edits and more edits before the proof is complete. Yet, I must admit, looking back, it seems a blur. I really still cannot believe Wilted Dandelions is out!

Please tell us something about your latest novel, Wilted Dandelions.

Wilted Dandelions begins in April, 1837, during the high peak of America’s Second Great Awakening, when tent revivals sprang up like mushrooms, and preachers would preach sometimes for three days nonstop.

Spinster Rachael Rothburn is stirred by what she feels and believes God wants her to become a missionary in the west. She is determined to share the love she felt when she accepted Jesus as her Savior and after hearing Reverend McCray talk about the Native Americans of the Rocky Mountain region, she sends her letter to the missionary alliance asking to be one of the missionaries going west.

Then she learns that the missionary alliance will only allow married couples. Well, there are no suitors knocking on her door and Rachael’s dreams look impossible to fulfill! When Jonathan Wheaton, another missionary hopeful learns of the restrictions, he is desperate to find a wife. So he offers Rachael a marriage of convenience.

She is forced to agree to a loveless marriage with a man she only just met. She receives Jonathan’s proposal through her father and so Rachael and Jonathan sets off for Oregon to share Jesus with the Native Americans. They battle sickness, raging rivers, hostile Indians and treacherous mountain passes. After Rachael escapes from a Native American, Rachael discovers she’d grown to trust and love Jonathan. But she wasn’t sure exactly how he felt. She comes to realize the deep, deep depth of   God’s love.  That it wasn’t just a coincidence that Jonathan came along when he did. No, an almighty and loving God doesn’t create coincidences—He designs possibilities.

What drew you to set Wilted Dandelions during the second Great Awakening in our country’s history?

Because the Second Great Awakening was God inspired, you know it started in a little town called Cane Ridge, Kentucky in 1802. Then in 1803, France decides to sell the United States of America all the land they owned west of the Mississippi River. This treaty was known as the Louisiana Purchase and this purchase doubled the size of the United States. Was it just a coincidence that the Second Great Awakening started in America one year before the Louisiana Purchase? I do not believe so; I believe it was Divine Intervention. God was directing this country established “Under God” to becoming the great evangelistic hub for the entire world.

This Great Awakening brought the missionaries willing to sacrifice their wealth and lives to travel through the unknown in order to save the souls of those Native Americans living in darkness. It was here, at one tent revival with the odors of perspiring bodies and moldy canvas, the Bible thumping preacher caused such echoing cries that Spinster Rachael Rothburn found meaning for her quintessential life kneeling in the dirt floor, asking Christ’s forgiveness. You know Rachael was a regular church participant, yet she had never felt the Holy Spirit in her brick and mortar church like she felt the Holy Spirit in that smelly tent.

What or who inspired you to write inspirational fiction?

Gee, that is a good question. Really, I haven’t thought about it. I always liked to read, and I always wanted to write my own novel. But, honestly, I think the whole writing thing grew when I knelt down before the television set one evening after listening to a Billy Graham telecast.  I, like Rachael, had always gone to church. I was a catechism teacher for a couple of years.

Yet, that night, when I knelt before my television set and repeated Billy Graham’s words, I have to admit, something stirred me.  That confession did something inside of me. I know that because I began looking forward to reading the Bible every day. Everything took on a new meaning for me. I even got re-baptized! I loved it. I loved anything that was Christ related. That’s when the idea to write inspirational fiction took hold.

How does that keep you plodding ahead with your writing each day?

I try to commit my writing and my words as if writing for Jesus. I always start out telling him, especially when I’ve received another rejection letter or e-mail, “Well, Lord, are you sure you want me to write? I really want to know Your will. If you do, please be my guide and don’t let this rejection upset me for long.

If it is Your will that I do write, I don’t want to play god with my characters, I want you to use me as Your instrument. Make my characters real and tell me how, Lord. Show me what you want my readers to learn through my characters. In thy name I pray, that thy will be done. Amen!

Thank you, Cathy, for joining us at Novel PASTimes. It has been a privilege to interview you. I look forward to reading Wilted Dandelions. Thank you for sharing this beautiful testimony of
your writing.

Connect with Catherine Brakefield in the following places:

You can e-mail her at catherineulrichbrakefield@yahoo.com
Find out more about Wilted Dandelions at: Facebook.com/CatherineUlrichBrakefield

Cathy is giving away a copy of her book, Wilted Dandelions here this week. Leave a comment, join this web site or Tweet one of the tweets below, each for a chance to win. Come back next Friday for the announcement.

Tweet this: Heard of the Second Great Awakening? @CUBrakefield Read about it in Wilted Dandelions #ChristianHistory #BookGiveAway