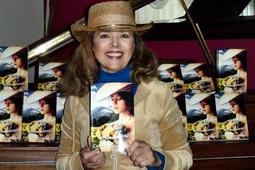 "Wilted Dandelions" is a story set in 1837 during the "Second Great Awakening," which was a Protestant revival movement that took place during the early 19th century in the United States.

The book's main character, Rachael Rothburn, is known to be "high-spirited" and eager to leave her luxurious life in Buffalo, New York in order to go share the gospel with the Native Americans in the Oregon Territory. But there is just one problem – the missionary alliance requires its members to be married and Rachael had no husband.

"At the time Rachael is known as 'Spinster Rachael' because she's past the age of marriageability and she has no suitors," Brakefield explained. "She believes that God really wants her to go out west and become a missionary, but she doesn't see how it's going to happen."

Brakefield noted back then, by the time a young woman hit 18, she was already married with one or two children. Rachael was 22 years old, which was considered to be "unheard of" to have no prospects or suitors.

Meanwhile, Dr. Jonathan Wheaton, another missionary who always wanted to follow the expedition of Lewis and Clark, learns of the marriage requirement so he too must find a mate. When Wheaton hears that there is a dowry on Rachael, he offers her a "marriage of convenience" to which she reluctantly accepts and the two set off on an adventure knowing little about each other.

But through the various trials they face together, a love grows between the two, even though neither one is willing to admit it at first, according to Brakefield.

The most important theme in the book, she added, is that "God doesn't create coincidences. He just designs possibilities."

"Rachael thought her hopes were over. She was willing to accept whatever it took to fulfill God's purpose in her life, even though she didn't want to do it, she did it. (Both her and Jonathan) had to let go of their own personalities to accept what God wants them to do in their life," Brakefield said. "A lot of times that's what happens to us. People don't realize they've already planned ahead of time how they want God to act in their lives to make their dreams come true, but they're not willing to accept what God wants to do and they get disappointed about that. You have to listen and wait in the Lord. That's why it's a book for everybody."

The character of Rachael, Brakefield said, was the brainchild of her daughter.

"My daughter said 'Why does every human have to be perfect? Can't they have some flaws? Do they have to be petite and gorgeous and everything else? That created Rachael," Brakefield said. "Rachael is 5'9 and she's not delicate and petite. She's not overweight, but she's well endowed and back then, (the style) was very dainty and Victorian-looking and she was neither. She didn't like to crochet. She liked to go tromping in the woods."

Brakefield said she received inspiration for "Wilted Dandelions" while writing the book "Lapeer Area in Eastern Lapeer County," which led her to studying more about the Second Great Awakening. To help with her historical accuracy, she and her husband, Ed, took a driving tour of the route that Rachael and Jonathan would have taken in 1837. This led them to encounter some famous landmarks where she could stop, look at old maps and talk with historians about that time period.

However, it was impossible to make the exact trip as parts of the original Oregon Trail were owned by Native Americans or private residents. "Everyone was so very helpful and accommodating – showing us other roads to take," she said.

After taking the trip, Brakefield felt like she had a better insight.

"I changed some of the book after I went through it the second time. I thought (after the trip) this is really scary not knowing if you have water, not knowing exactly if you're on the right trail and not knowing what to expect," she said. "You're just susceptible to (the) elements. You have no idea if you're going to see your family again."

Brakefield said a lot of thought went into the title. "In my book, I mention about wilting beneath adversity," she said. "I believe all Christians will have a time when they have to face adversity and we're all going to wilt, but it's how we come out of that, which shows our character, our true grit and that's what this book is all about."

Brakefield will be holding book signings at Abeantogo Coffee in Lake Orion, located at 16 W. Flint Street from 7 p.m.-10 p.m. on July 3 and another at the Strawberry Festival in downtown Leonard from 1 p.m.- 4 p.m. on July 18

"Wilted Dandelions" was printed by CrossRiver Media. To order the book, visit www.catherineulrichbrakefield.com